Why Arab women still ‘have no voice’ 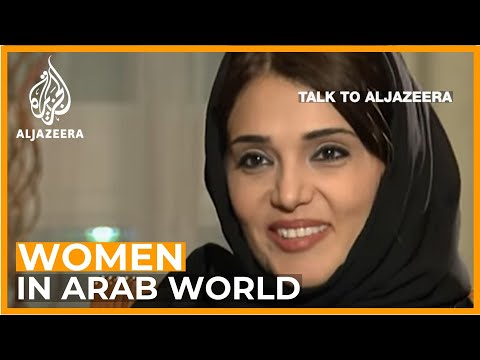 In conversation with Al Jazeera, Qatari author Amal Almalki discusses the shortcomings of the Arab Awakening, and its failure to secure a legacy for women and deliver more freedom and equal rights for them.

Whilst the struggle for greater equality has borne little fruit for women across the MENA, in her scepticism, Ms Almalki does note that the Arab Spring الثورات العربية‎ has succeeded in highlighting to a global audience the continuing “second-class citizenship” of women in the region. In her words, Arab women are still largely absent in the public arena.

“We have no voice. We have no visibility… And I am telling you, this is why women’s rights should be institutionalised, it should not be held hostage at the hand of political leaderships who can change in a second, right? Governments should be held responsible for treating men and women equally.”

We are fast approaching the 18 months since initial protests began occurring in the Arab world on Saturday, 18 December 2010. Are women being left behind and betrayed by the Arab Spring? Ms Almalki talks candidly about about women’s rights in the Arab world, political and social empowerment and Islamic feminism.